“PEACE – the highest value of humanity”

29 entries were submitted for the design competition, 44 postal companies participating in the voting.

The winning motif is the one submitted by Luxembourg : “The New Peace Symbol”.


Designers : Linda Bos and Runa Egilsdottir from A Designers' Collective.

PostEurop writes in their press release this about the story of the design:

The world needs a new Peace symbol, uniting all nations. Cultural differences perchance a barrier for a state of Peace. If only mankind could respect each other's differences by understanding their significance and responding to them with consideration, the world would be a better place. This design shows a visual metaphor for a peacefully integrated, cooperative society in which people embrace each other’s culture. It was inspired by the Celtic Love Knot symbol, with interlocking hearts. The colour palette illustrates all the nations in the world. By adding hands with intertwined fingers, it conveys the message of mutual respect.

I find this logo not very original. You can see a quite similar design already used on the UPU 2016 World Post Day campaign. The design was made by Swiss designers Büro Sequenz. The meaning of this one was explained like this :

The emblem's design represents the two remaining pillars, integration and inclusion. The crisscrossed arms and layered colours act to show the integration of knowledge and processes, enabling seamless and affordable services for all. The intertwined design was inspired by the Celtic knot, which itself has Persian roots. Finally, the clasped hands represent how the Post connects and includes people around the world.
Antonio T ... iscritto dal 1° giugno 2005 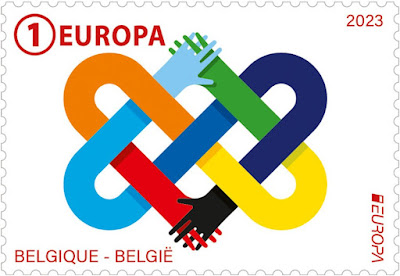 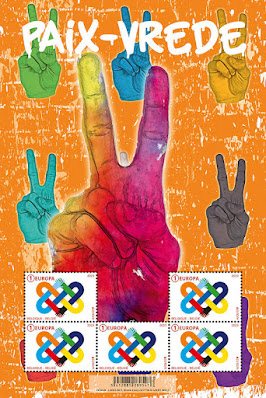 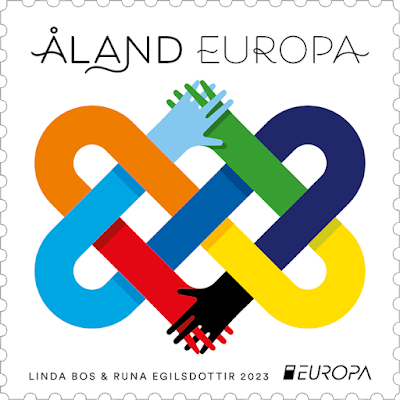 Torna a “Europa in generale”